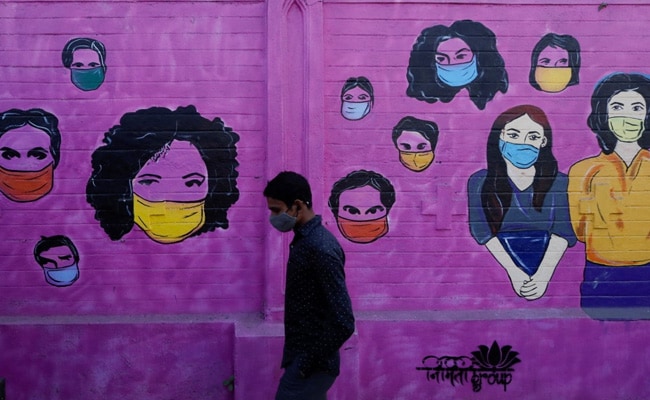 The Centre on Wednesday said lateral flow tests, which includes rapid-antigen and home-antigen tests, can detect Covid from the third day after exposure to the virus to day eight while the RT-PCR test can diagnose the infection for up to 20 days.

At a press conference, Indian Council of Medical Research (ICMR) Director-General Dr Balram Bhargava said on the first day one will test negative whatever tests they undertake.

“It takes time for the virus to grow in your system and that is known as the latent period. From day three it will be detectable in the Lateral Flow Tests and up to day eight which is the infectious period.

“That is why, the discharge policy and home isolation policy are focusing on the seven-day period,” Mr Bhargava explained.

Mr Bhargava said that according to government advisory, high-risk contacts of confirmed Covid cases, identified based on age or comorbidities, those undertaking inter-state travel do not need to get tested.

Also, asymptomatic individuals in community settings, patients who stand discharged according to home-isolation guidelines and those being discharged from a COVID-19 facility under the revised discharge policy do not need to get tested, he said.

However, Mr Bhargava stressed on seven-day home quarantine for all contacts of any positive case according to the guidelines and added that they should continue to wear a mask.

Referring to the Advisory on Purposive Testing Strategy for COVID-19 in India issued by ICMR recently, he said symptomatic individuals, even if they test negative on a home test or rapid-antigen test should go for RT-PCR test.

According to the advisory, testing can be undertaken either through RT-PCR, TrueNat, CBNAAT, CRISPR, RT-LAMP, Rapid Molecular Testing Systems or through the rapid-antigen test.

A positive point-of-care test and molecular test is to be considered confirmatory, without any repeat testing. Symptomatic individuals, testing negative on home/self-test or rapid-antigen test should undertake RT-PCR test, the advisory stated.

In community settings, symptomatic individuals, at-risk contacts (elderly and individuals with comorbidity) of laboratory-confirmed cases may be tested.

In hospital settings, testing may be undertaken as per the discretion of the doctor with considerations such as no emergency procedure should be delayed for lack of a test and patients should not be referred to other facilities for lack of a testing facility, the advisory stated.

All arrangements should be made to collect and transfer samples to testing facilities, mapped to the health facility.

There are 3,128 testing laboratories and India’s daily RT-PCR testing capacity is over 20 lakh, Mr Bhargava said.

(Except for the headline, this story has not been edited by NDTV staff and is published from a syndicated feed.)